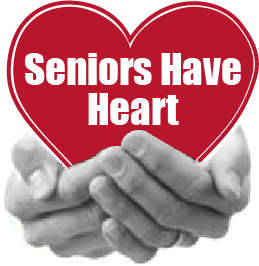 To provide a community focal point where older persons come together in a safe and welcoming environment to be supported in their independence and encouraged in involvement with the community.

If you are over the age of 50 and live in Renfrew or the surrounding area the centre has something to offer you.

The Golden Age Activity Centre (GAAC) opened on July 2, 2013 with financial help from the Ontario Trillium Foundation, United Way, New Horizons grants and donations from community partnerships. It is governed by an Advisory committee consisting of seven members. There is one paid staff that coordinates volunteers, organizes educational sessions and programs and administers to the needs of the members and the Centre.

Membership entitles the client to attend at any given time. The cost per year from April 1st to March 31st is $20. This entitles members to participate in most activities free of additional charge. The centre provides opportunities for friendships to develop through the social, educational and recreational programs provided for the diverse and changing needs of seniors.

The Centre is open Monday to Friday 10:00 am to 3:00 pm and on occasional evenings and weekends for special events.

If you are over the age of 50 and live in Renfrew or the surrounding area, the centre has something to offer you.

In the fall of 2012, two retired women, Nellie Kingsbury with 38 years’ experience working with seniors and Karen Abbott a lifelong volunteer envisioned a seniors’ drop-in centre to address the social isolation problem affecting the senior population in the Town of Renfrew and outlying areas. After much discussion and under the auspices of Renfrew & Area Seniors Home Support (RASHS) they applied for an Ontario Trillium Foundation (OTF) Grant. The Centre would fit in with RASHS’ mandate to provide assistance to seniors living independently. In March 2013 they were awarded the grant to pilot a Seniors’ Activity Centre.

Nellie Kingsbury agreed to manage the project and a location on the Main Street was secured in May 2013. The vacant store location required cleaning and organizing of the contents that had been left behind. By mid-June other interested parties were enlisted to help out with a pre-opening garage sale to raise funds for the Centre. During that time Nellie and Karen collaborated in designing a practical volunteer system so that the members could also help manage the centre. Another volunteer with experience in not for profit organizations provided orientation sessions with the new volunteers and emphasized that “Job 1” was to ensure that all who walked through the doors were made welcome. The Renfrew Golden Age Activity Centre (GAAC) opened on July 2, 2013.

Through the year memberships became available to the public. Nellie and Karen with RASHS continued to apply for grants from the Federal and Provincial governments. . With each successful application purchases were made for the Centre such as sound equipment, musical instruments, a stove, room divider, computers, games, a stage area and other necessities. Word quickly spread among seniors about this new gathering place in the town. Community partnerships were formed and donations accepted. The pilot project was a success with 270 individuals becoming members, 35 volunteers recruited, 6524 total visits of which 4511 were for programs, 42 community partners and sponsors recruited and seniors from 6 municipalities being served. With the support of grants from the United Way and New Horizons, fundraising and donations, the centre is continuing to operate.

The operation of this Centre is now overseen by an advisory committee who reports to the RASHS Board. The activity and programming scheduling, managing the volunteers, overseeing on site operations is supervised by the staff Administrator/Programmer. Volunteers take ownership in the Centre by mentoring, hosting, contributing supplies and recruiting members. GAAC has formed significant partnerships with other not-for- profit organizations and businesses in its catchment area.

In the time that the Centre has been open it has become an institution for seniors in this area. It provides them with a meeting place to socialize, to embrace educational opportunities, to enjoy travel excursions, for health resources, for entertainment and always a friendly atmosphere. With continued support from governments at all levels, community partners, donations, fundraising and the membership it is hoped the Centre will be sustainable and remain open for the seniors in the area.